Your Adventure Awaits You 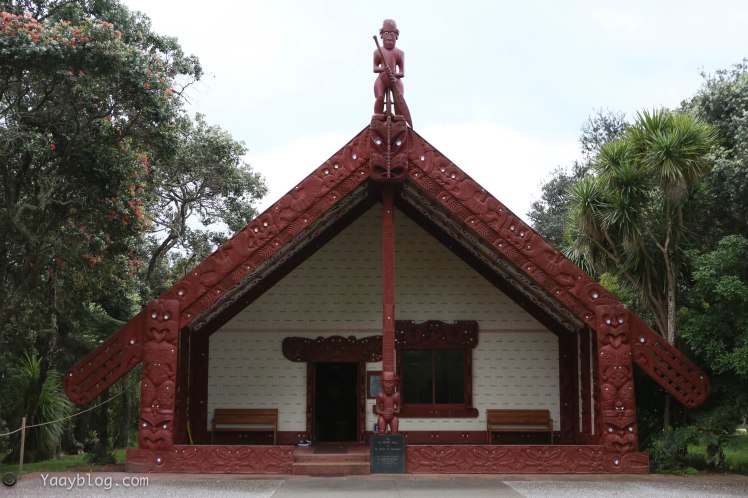 6th February 1840 the Treaty of Waitangi came into being and thus a new New Zealand was launched.

Today I went to the Waitangi Treaty Grounds, probably the most important historical site in New Zealand. I went to the museum, on a tour, saw a short movie and show and witnessed spectacular views over Paihia. There would have been a concert and a hangi (máori dinner) but unfortunately they are only held in the months of November to April. If you are going during that period then definitely include those in your visit but you will need to check availability as it is only held on Tuesday, Thursday, Friday and Sunday evenings.

Waitangi is significant because it is where two pieces of legislation were created:

The carved meeting house (Treaty House) was designed to represent all iwi Máori (tribal groups) with the traditional carving styles of the country’s major tribal groups incorporated into the build.

Fun fact: Would you believe before the Europeans came to New Zealand, the maori were creating beautiful carvings like this with STONE tools ! As they were still in the stone ages. *shocked face*

The Waitangi grounds are one of four key places that perform kapa haka in the North Island.

At the end of the show you can take a picture with the cast, yaay ! – think I need to work on my haka

The history of modern day New Zealand is both eye opening and thought provoking and is well demonstrated in the museum.

“ Moko” is the traditional face and body carving used by Máori. Unlike tattoo and tatau, the skin is left with grooves instead of a smooth face

“ Whoever you are, Waitangi the place offers you túrangawaewae – a place that gives you standing, where you feel you can belong. If you are Máori, that is your right anyway. If you are not, the Treaty gives you that standing, whether you’re a visitor from overseas or call this country home. Equally.

That is the place of Waitangi in you”

Outside is the war ceremonial canoe “Waka” 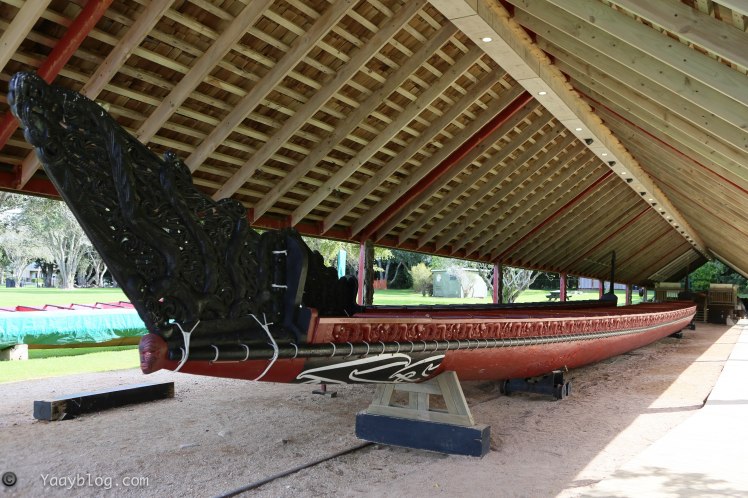 The official name of the ceremonial war canoe is:

“ Ngátokimatawhaorua, waka taua ” – go on try to say it 🙂

It is the world’s largest waka and is used to carry the mana (prestige) of a tribe, its leaders and its people. In former times the tribe’s warriors paddled them to war – “ Taua” means “war party”.

Elements such as their tauihu (praw) and taurapa (stern post) were carved to express the spiritual connections between people and deities.

On 6th February (Waitangi day), the canoe is brought to sea as part of the festivities.

Flag staff with views over Paihia

Each have a story and a role in how today’s New Zealand came to be. Who would believe New Zealand as we know it is not even 200 years old.

The treaty house was closed when I visited due to renovations, so I can not give you any extra details, sorry.

There are some great deals online to get discounted tickets. I got mine from http://www.bookme.co.nz at 40% off and in fact bookme is a great website for discounted trips and days out and I will probably mention them often. For the hangi and concert you will most likely have to book it through the Waitangi grounds website at http://www.waitangi.org.nz . I finish this post with a little prayer that was said after a treaty had been signed.

Haere mai me ngá hua kei roto i a koe

Welcome to this world

Welcome with the fruits you have in you

Stand by our side

Sit by our side

Proceed along the land

Proceed along the heavens

The breath of life

Here within are the ripples

The ripples of passion and emotions within”